The Dutch should learn from history - the German way 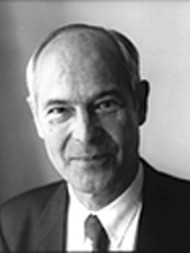 Germany has not forgotten the lessons from its past. The Netherlands, by contrast, seems blinded by the myth of its own innocence.

From the acceptance-speech of the Otto von der Gablentz-award, about the Dutch-German relations, 2 November 2009

Otto von der Gablentz, a legendary German ambassador in The Hague in the 1980s, is one of the people who made me a European. I mean: a conscious European, thinking and acting from the European perspective. We became friends during the last years of his life [he died in 2007] and we often discussed the differences between Germany and the Netherlands.

Otto shared with me the obvious fact that in the Germany of his youth there were always aunts but never any uncles. We discussed the feeling, still common among Germans of his generation, that war is a normal occurrence. It is something I have heard from older Poles and Russians too: every generation has its war. It is inevitable and you might as well accept it. That was their myth, the myth of war.

For Dutch people war, on the other hand, is an entirely alien concept. We prefer to wrap it up in more pleasant terms like 'peace mission' or 'reconstruction project'. Only when a brave soldier is given a medal does do we grasp something of the bloody reality of the Afghan battlefield. War and normality are incompatible to us. In our own history war and prosecution seldom feature, except when we are the victims. That is our myth, the myth of innocence.

We are entering a new phase in history now. The generations who bore direct responsibility [for the second World War] have almost disappeared, allowing us to explore certain areas with a more open mind. Doors previously shut are finally opening. There is room for new questions, new research.

As a result long repressed history is begining to surface. In Germany the suffering of the refugees and the victims of the bombings are part of almost every family history. This too needs to eventually become part of the bigger German story too.

The German resistance also deserves to be reevaluated. Germany has subjected itself to an almost exemplary self-examination, yet the resistance against the Nazis, unlike in the Netherlands, has always remained in the shadows of history.

Why? Perhaps in the past too many groups, the communists among them, have claimed to have been the resistance, the 'good' Germany, to the exclusion of all others. The stigma of treason that kept haunting these dissidents for a long time afterwards may also have played a role. Finally, the very existence of a resistance meant that German complicity could not simply be blamed on the Nazis or the state, that there was an individual choice to be made.

In the Netherlands the questions are of a different order. We could use some more self-examination, for example of the apartheid that reigned in the Dutch Indies [now Indonesia]. When my parents lived there, they and my brothers and sisters enjoyed many pleasant afternoons by the swimming pool. A pool that was off-limits to people of colour except for one special night a week.

We have also repressed the history of our own wars, partly because they were always fought far away. Dutch politicians still wax nostalgic about the enterprising spirit of the VOC [the Dutch multinational corporation that carried out colonial activities in Asia in the 17th and 18th centuries.] But who ever heard of the Dutch genocide of 1825, when an estimated 200,000 people in Java, most of them Muslims, were slaughtered? As far as I know it is not part of any school curriculum.

We would also do well to study the process of exclusion and discrimination of minorities, as they happened in Germany in the 1930s, in France and the Netherlands in the 1940s and in Serbia in the 1990s. Not to demonise certain politicians or movements, but to analyse what happened. Events never repeat themselves in exactly the same way, but certain patterns are discernible throughout history.

The constant challenging of the presence of minorities, as is happening in the Netherlands right now, is often the precursor to discrimination and even violence. The process is strengthened when such racist ideas are given the stamp of normality, for instance when the mainstream media present them as a 'normal' political current. Or worse, when established political parties or the trade unions are open to forming coalitions with these extremist movements, as if they were part of the 'normal' democratic order.

In society at large, such a process can act as a catalyst for further humiliation. A kind of self-justification takes place. People tend to see the established order as a just order, even if this is not the case. If they see someone being humiliated, however unjustly, people will usually come to see them as less valuable, or even as 'bad'. Eventually this can lead to these humiliated minorities being excluded from the moral universe, so that moral values, fundamental rights and human consideration no longer have to apply. The end result can be much injustice and much human suffering.

Many people in the Netherlands know this and are worried about these developments. But there are many others who do not seem to realise that political correctness is also a form of civilisation, that certain statements or campaigns are unacceptable in a democracy, and that there is a unspoken consensus about this among politicians in civilised countries. Countries like modern-day Germany, which has not forgotten the lessons from its past, unlike the Netherlands, which seems blinded by the myth of its own innocence.