What went wrong with the European project, and when? Geert Mak looks, in the Geremek Lecture 2017, over the shoulder of the historian who will write about it, about half a century from now.  'Both historical projects, the United States and the European Union, are perhaps the most important legacy of the Enlightenment. It is a common heritage that we have to defend.'

In the summer of 2008 a car accident abruptly ended the life of a great man, a great European and also a prominent historian. Bronislaw Geremek embodied our European history like no other. He was the son of a Polish rabbi, has survived as a boy the Warsaw ghetto because he just could be smuggled out in time, was later professor of medieval history and gradually emerged as a leading figure in the Polish dissident movement. He was under Jaruzelski a year in prison, and after the Polish revolution he was Minister of Foreign Affairs and then, as a central figure in the European Parliament, a strong supporter of a united Europe.

I met him exactly ten years ago, during a series of Europe-lectures we organized in the Haque, at the Noordeinde Palace. Afterwards we mailed sometimes, we would meet again, there was too much to talk about, we knew for sure. And then he was dead. Yet Bronislaw lives often in my head, and certainly these weeks. He knew the things he was talking about, a Europe without law and justice, detached from any civil society,  that childhood experience had shaped his life.

Like many others, Bronislaw Geremek converted these old fears into activity, in opposition activity and, later, diplomatic activity. He saw, even then, the 'no' in France and the Netherlands in 2005 as the tip of a much wider legitimation crisis that could have enormous consequences. "We can ask ourselves," he said, in his lecture in The Hague 'or not just a lack of mutual trust and sense of community lays at the root of the problems between the European Union and its citizens, and visa versa." And he warned us: it is not possible to have a democracy without a shared responsibility, without citizens who feel themselves members of a political community.

What about The Netherlands?

Geert Mak’s lecture in de USA about the Dutch: the moral panic after the murder of Theo van Gogh, Pim Fortuyn and the collapse of the pillar-system, the globalisation and the Dutch big-city problems.

1914: Tears and a few afterthoughts

Was, what happened in the summer of 1914 a terrible coincidence. Or was it the result of more structural and human flaws, which can repeat themselves? Geert Mak’s keynote speech for the Europe 14/14, a project of the Berliner History Campus.

The Dutch should learn from history - the German way

Germany has not forgotten the lessons from its past. The Netherlands, by contrast, seems blinded by the myth of its own innocence.

Make a trip through the 19th century Netherlands with Geert Mak 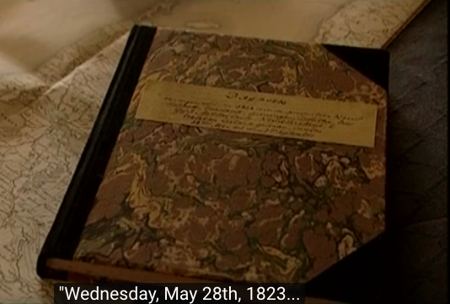 Make a trip through the 19th century Netherlands with Geert Mak. Welcome in ‘The summer of 1823’.