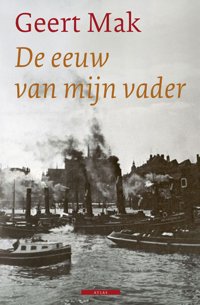 First published in 1999 - What is it that connects us with all those who lived in the century that has passed? Isn’t it – even more than their major and minor acts of heroism - their humanity, and sometimes their blindness? With this family history, Geert Mak has written a biography of the twentieth-century Netherlands.

Only rarely have Dutch readers taken to a book as readily as they did to De eeuw van mijn vader. This 500-plus-page study of a hundred years of Dutch history first appeared in 1999, and has been reprinted time and time again. It is, after all, an impressive synthesis of narrative genealogy and historiography, covering not only the life of one man – the author’s father – but almost the entire twentieth-century Netherlands as well. Father Mak’s life began on September 28, 1899 in the town of Schiedam, where the writer’s grandfather had a sail maker’s workshop. That day forms the starting point for a wonderful amble through twentieth-century Holland.

For the purposes of his book, Mak made use of all the sources at his disposal: books, archives, letters, postcards, oral accounts. His intention was not to describe things in retrospect, as the historian does, but to discover – as it were - the day and age of the main characters along  with them. How did people at the time experience the rise of fascism, for example, and how much did people know or allow themselves to know about the fate of the Jews?

Mak’s journalistic roots are clearly seen in the way he has documented both the life of his father and a century of Dutch history. He has obviously done his best to bring to life the past in historically responsible fashion, without surrendering to nostalgia. In more than one interview, Mak has stressed the fact that everything depicted in the book actually did take place – the details in De eeuw van mijn vader are as authentic as can be. If Mak’s narrative speaks of a drizzly day, for example, one can be sure the newspaper weather reports of that day actually confirm that it rained. At the same time he has resisted the temptation to fill in missing details to suit his own ends, as many historians too often do.

Geert Mak’s father died on July 3, 1983, almost a century after he was born. He had been bedridden for months, and was longing to die. On that warm July day, the author writes, “he was more restless than usual. He kept trying to pull himself up on the bar above his bed. ‘Why do you keep doing that?’ my mother asked. ‘Otherwise I’ll drop dead.’ ‘But that’s what you want, isn’t it? To die?’ ‘Yes,’ he said then. And he let go, and so he fell, and was borne up on the wings of angels.”

This deathbed scene has something uncanny about it – it is the way in which Mak’s father, along with all the other characters in this book, is so miraculously brought to life.

“Before I started I was afraid that my technical writing skills wouldn’t be up to the task. Writing, like building a table or a chest of drawers, is a craft. The weaving together of the two elements – personal and national history - led here and there to complicated situations. But as you work, your skills improve. And I was very lucky as well. During their stay in Indonesia, my parents corresponded regularly with family members in the Netherlands, and those letters have all been kept. My maternal grandfather had them filed away neatly, according to the date on which they were written. And while I was working on the book I found, in the attic, the black suitcase into which I had stuffed all kinds of papers after my mother’s death. That, along with the articles my father wrote for the magazine Woord en Geest - which I was able to look up at the VU University in Amsterdam - provided me with a treasure trove of resources.” -  Geert Mak in an interview with Monic Slingerland in Trouw. 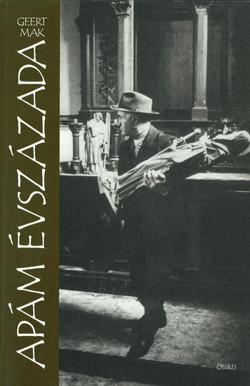 
Foreign translations:
My father's century was or is being translated in German, Hungarian, Danish and Indonesian.